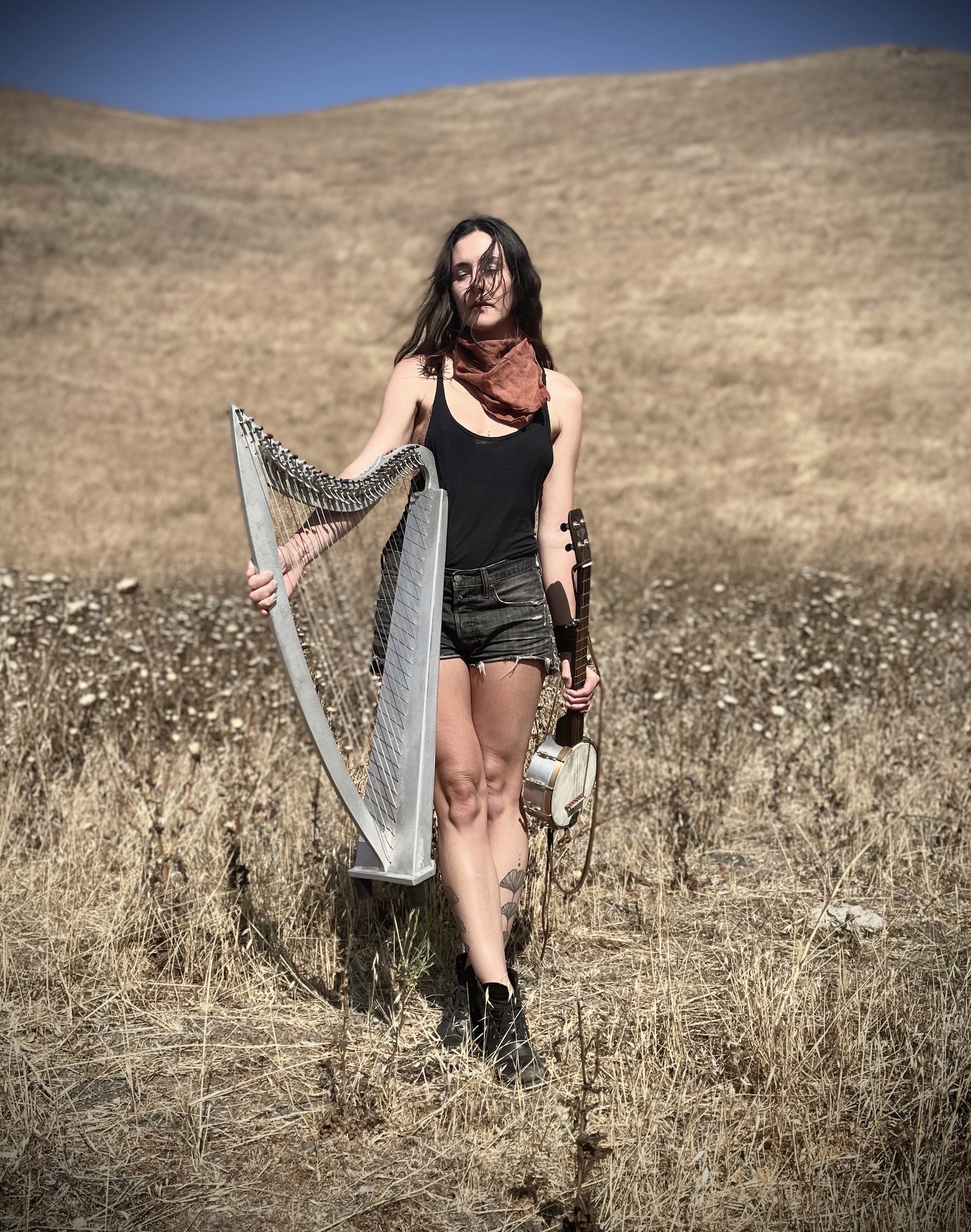 www.ellaharp.com
San Francisco- based singer, songwriter EllaHarp is a curious sort of artist. After years honing her skills touring, recording, and releasing music on a unique harp she designed for the purpose, 2020 saw the addition of another self designed/built instrument that got swiftly put to work; a small, 5 string banjo which fits just inside said harp’s case, which in turn fits neatly in an airplane overhead. A bit like musical Russian dolls…

Following her independent debut album, ‘Who Asked You Back’ (which played on 85+ radio stations nationally and abroad, reaching #4 and #2 on Roots Music Reporter Top 50 Folk and Top 50 Contemporary Folk Album charts), EllaHarp toured 7 states and a province with nearly 200 live performances, from Bay Area festivals to ‘The Bitter End’ in NYC,  opening for Grammy winning singer Mýa in San Diego and showcasing at Canadian Music Week in Toronto.

Despite the pandemic’s blow to a promising start in 2020 (opening for Hollow Coves and Harrison Storm in SF’s Noise Pop Festival in Feb) EllaHarp shifted focus and built over 40K followers on Instagram, 20K on Facebook, 14K on Spotify, and well over 1.5 million streams since COVID. She performed in Seattle Hempfest 2020 (online) and her track ‘Time’ can be heard on popular Netflix show ‘Emily in Paris’.