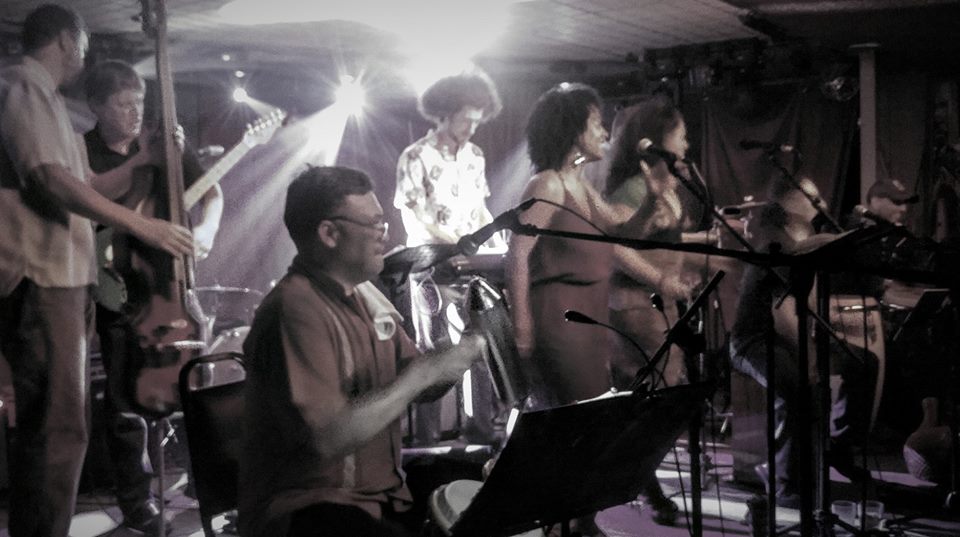 Grupo Masato is a Portland-based band that plays highly dance-able music from South America. Highlighting the Chicha music that grew out of the late 1960’s where Andean flute music in Peru mixed with Cumbia rhythms from Colombia and were transformed by electric guitars, Fender spring reverb amplifiers, and the discovery of surf music and psychedelic rock.  Chicha music gets its name from a powerful liquor made from fermented corn and pineapple skins. It is uniquely Andean, merging mountain folk melodies, Cumbia rhythms and surf guitar twang into something that is as intoxicating as the beverage it’s named after.  Grupo Masato explores and celebrates this music with a powerful show that will make you want to dance.  No specific dances to learn, so the music is accessible for anyone that shows up and wants to dance.