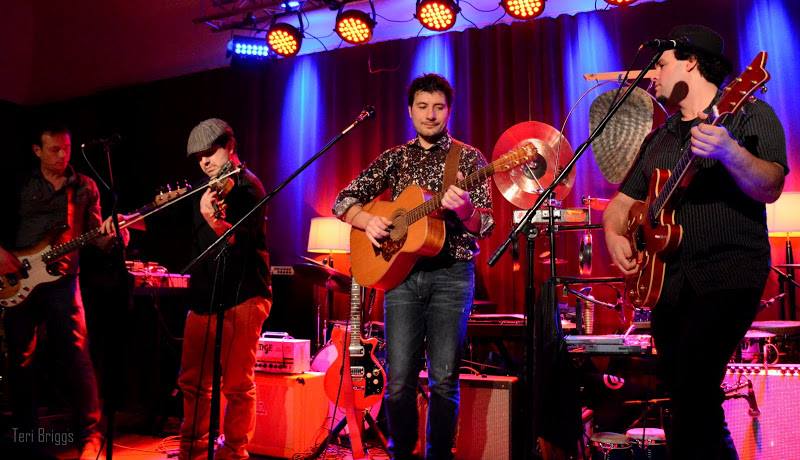 A musical product of the creative melting pot of Portland, Mbrascatu is an indie rock band that draws from diverse European and American roots to create a unique signature sound.
Blending together dynamics ranging from delicate to explosive; expressive Italian lyrics; hook-laden melodies; inventive arrangements; and energetic rhythms to dance to.

Opening the show with a solo set is New Orleans based artist Tasche de la Rocha. With her intricate fingerpicked guitar, Tasche emanates traces of personality as far back as Billie Holiday and Edith Piaf and as far forward as Jeff Buckley, Kurt Cobain and Amy Winehouse. de la Rocha was raised in the circus as a child and resigned to fully devote herself to music. After starting out singing on street corners for a living and performing her entire life, Tasche has moved onto touring and occupying many stages around the globe. Whether performing solo or with a group, Tasche evokes a magnetic atmosphere pulling the audience in to forget time itself.
https://www.taschedelarocha.com/epk