Known for literary lyrics, captivating melodies, and a voice of humble power, Ronnie Carrier is a songwriting star rising up in the West. A skilled lyricist who creates narrative through an emotional blend of varying musical influences, Ronnie is unmatched in both style and structure. She released her debut album,“Lost in the Eclectic” in April […] 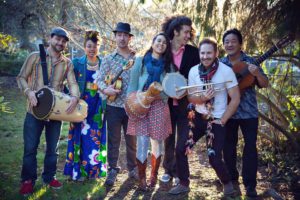