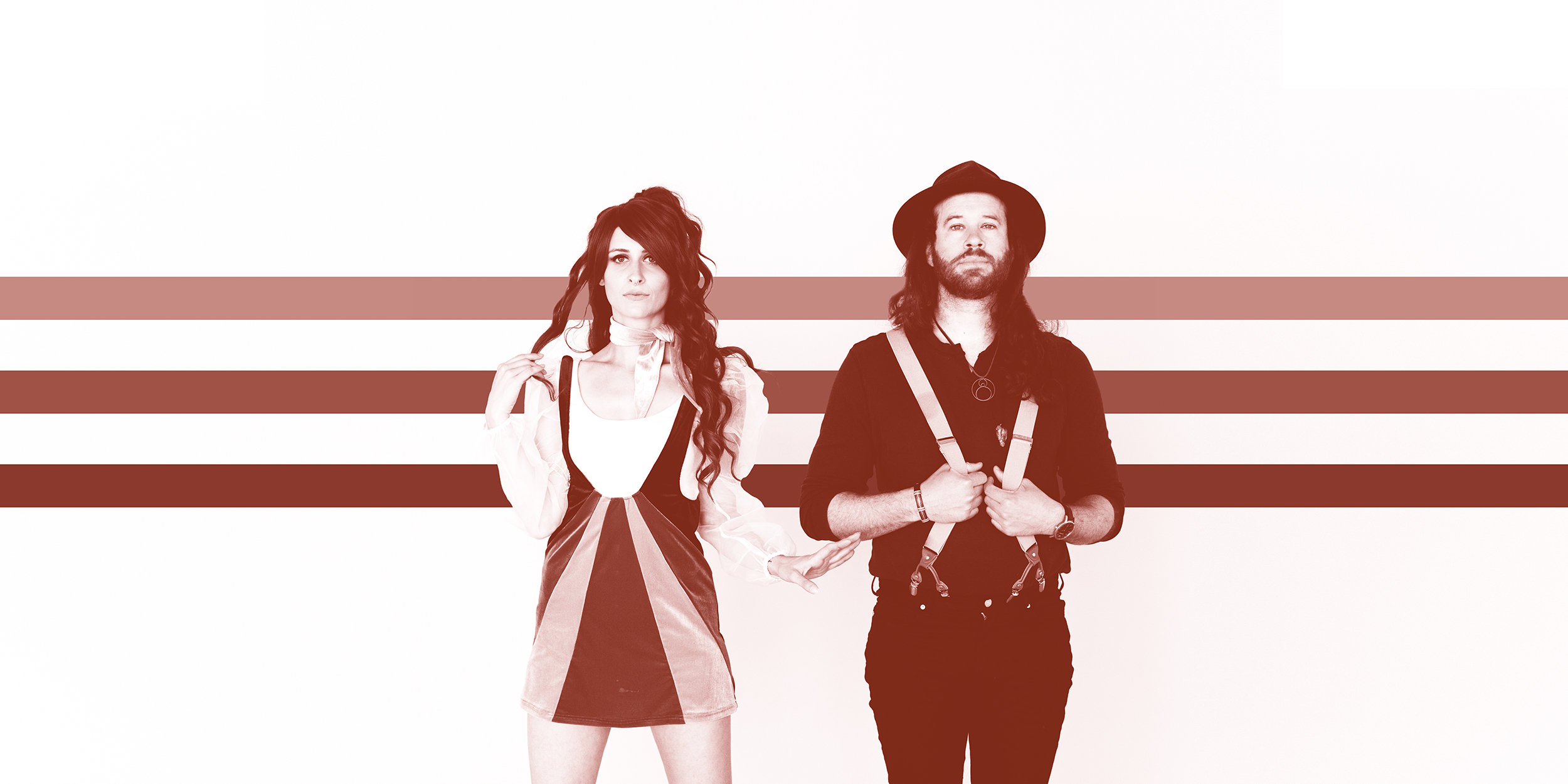 Fox and Bones (Sarah Vitort and Scott Gilmore) formed in 2016 and were in the studio recording their debut record, The Remarkable Adventures Of, mere weeks after meeting. These early offerings were honest and raw, a blend of gentle folk with subtle instrumental backing. This lead to several European and US tours before a second studio album emerged in 2018. This sophomore collection, Better Land, showed an influx of modern folk-pop trappings as the influences of producer Dominik Schmidt and engineer Matt Greco began to blend with the tour-worn stylings that were born from life on the road.
This brings us to the charm, their 2021 record American Alchemy. This collection of songs finds Fox and Bones fully formed with elements of folk, pop, americana and soul fused lyricism joined together into an amalgamation of modern vintage goodness. With the guidance of producer/engineer Matt Greco, American Alchemy is the final iteration that the duo has been striving towards since they first charmed their way into each other’s lives so many years ago.
https://foxandbones.com
Disco Montana is a duo, Hayley Lynn and James Villa, and they play fun, upbeat acoustic music.
https://www.facebook.com/DiscoMontanaOfficial