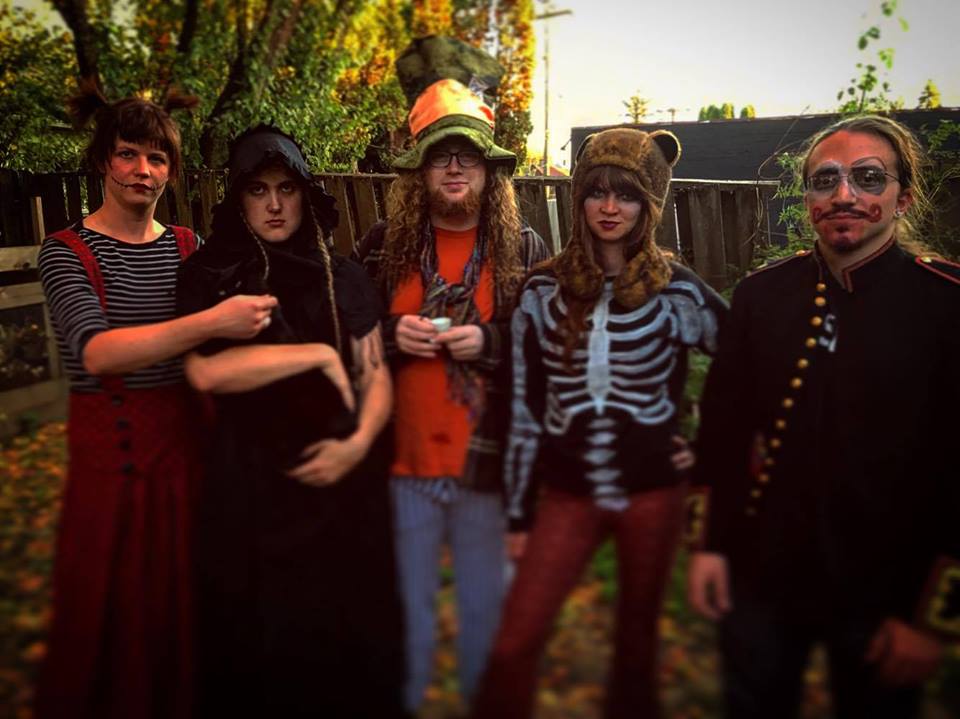 Bitches in the Beehive https://www.facebook.com/inthebeehive/

The band describes their band: “Bitches in the Beehive is a lyrically driven folk rock band.
The band originated in Silver City New Mexico but currently resides in Portland OR. The sound
has a folk feel with vaguely morbid psychedelic undertones and a light hearted sweetness
reminiscent of a cool breeze blowing through a chinchillas belly fur.”