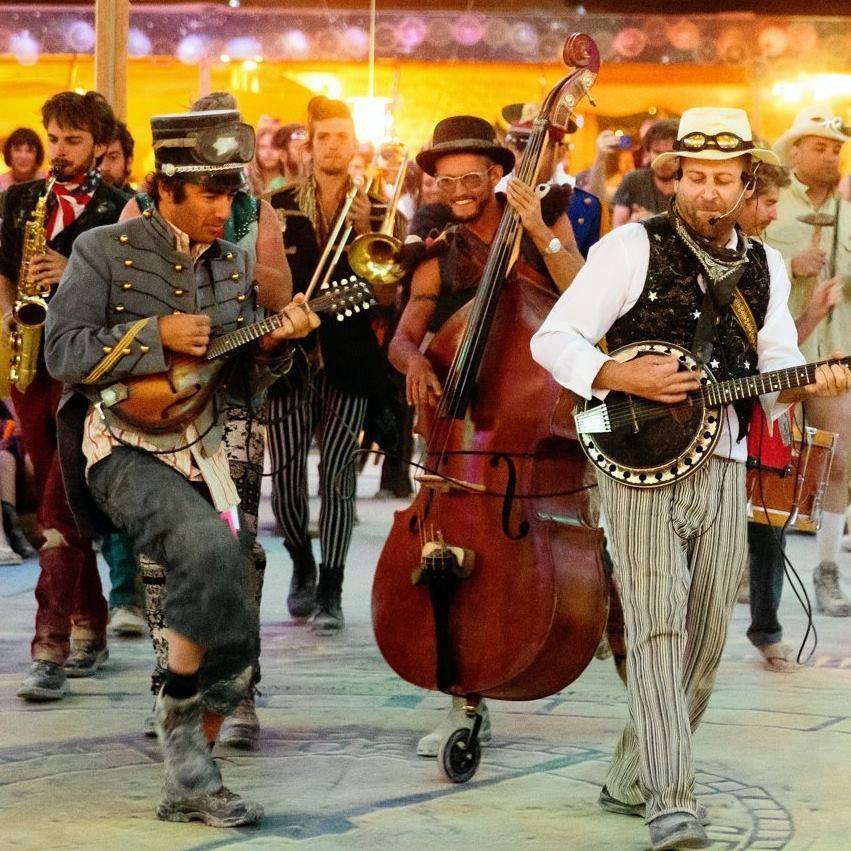 What is The Saloon Ensemble? It’s almost impossible to describe! Part broadway musical, part bar-room dance band, and full time joyous fun!!! This crazy cast of comedic characters provides energetic original music, hilarious cover songs, and musical theater productions such as the massive touring success “JAWZ THE MUSICAL – IN 3-D!,” “The NITEMARE B4 XMAS,” and “ALL OF BURNING MAN IN A DAY.“ It all started at Burning Man in 2005 with members of MarchFourth who created swing versions of everything imaginable. And over the years, the performance troupe has solidified as one of Portland’s premier entertainers.
https://www.facebook.com/The-Saloon-Ensemble-137633062946792/